Electric vehicles are given a power regeneration function to recover the excess energy resulting from braking operation. Because the amount of power regeneration affects EV fuel economy, it is necessary for the chassis dynamometer testing of EVs to simulate the real-world braking condition to a high degree of accuracy. JARI continues research into EV test methods and testing equipment to ensure fair, accurate assessment of EV fuel economy. Further, we are involved in the establishment of a global hardware-in-the-loop simulator method of testing HEV emission and fuel economy performances by calculating the engine speed and torque.

In step with the widening use of EVs and HEVs, the use of AC standard chargers is also expanding. On the other hand there are cases of charging failure due to feasibility problems between vehicles and chargers. Since these problems are traceable not only to the chargers alone but also the vehicle and power supply sides, JARI conducts investigations for the building of a dependable charging infrastructure in collaboration with associated organizations. 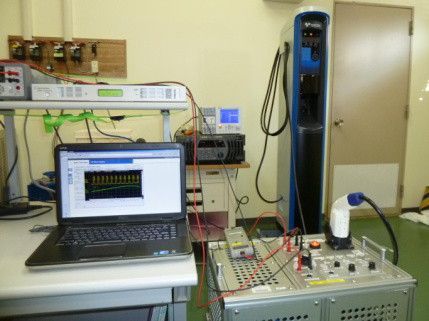 Regarding FCVs, we are promoting global standardization primarily in the forums of ISO/TC22/SC21 and ISO/TC197. As a result of revision work at ISO/TC22/SC21/WG1, ISO 6469 (Part 1, Part 2 and Part 3) were published by 2011. They specify the safety of EVs including FCVs. In 2011, ISO started discussion on the post-crash safety of FCVs equipped with hydrogen fuel tanks, as Part 4 of ISO 6469. Japan plays a central roll in the discussion. In ISO/TC22/SC21/WG2 convened by Japan, the hydrogen consumption measurement method developed by JARI was published as the ISO 23828 Standard in 2008, and its second edition will be published by the end of 2013. JARI's data was used in the 2012 publication of the ISO 14687-2 Standard on automotive hydrogen fuel properties. JARI is also working to draft ISO Standards for hydrogen connectors and high-pressure hydrogen tanks, and ISO 17268 Standard for hydrogen connectors was published in 2012.

JARI has submitted 10 new work item proposals for the international standards relating to automotive lithium-ion battery, DC charging system and similar items. Of these, four have been published as international standards (IEC 62660-1, IEC 62660-2, IEC 62196-2, IEC 62576), one has been published as a public specification (IEC/ISO PAS 16898), and three are scheduled for the final voting in 2013 (IEC 61851-23, IEC 61851-24, IEC 62196-3). In order to promote the wide use of electric vehicles, we are trying to have our views and experiences reflected in about 20 other international standards concerning lithium-ion battery pack and system, conductive charging, wireless charging, V2G communication, lightweight EV charging, etc.

JARI undertakes its research into FCVs, EVs and other next-generation vehicles mostly at the Hy-SEF (Hydrogen and Fuel Cell Vehicle Safety Evaluation Facility) of its Shirosato Test Center. The data obtained at this facility are used for the drafting of various FCV- and EV-related standards and safety manuals related to post-accident treatment. 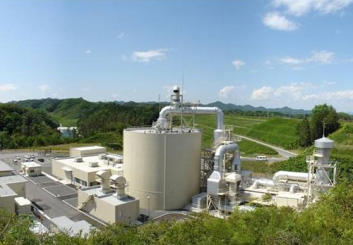 Employing its chassis dynamometers dedicated to four-wheel drive vehicles, JARI executes basic performance tests on EVs including the tests on the fuel economy of EVs, HEVs, PHEVs and FCVs. At our anti-explosion fire testing compartment of Hy-SEF, we also test the safety of vehicles against fire. 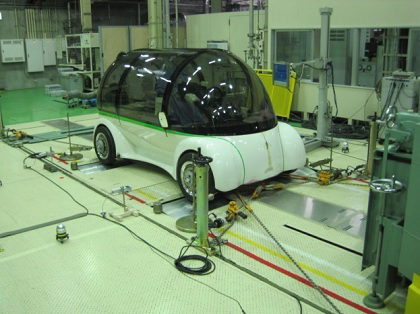 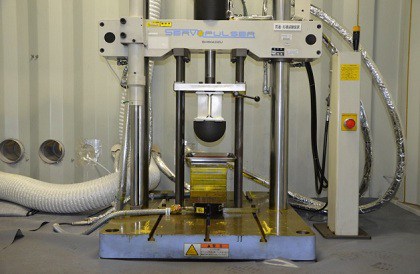 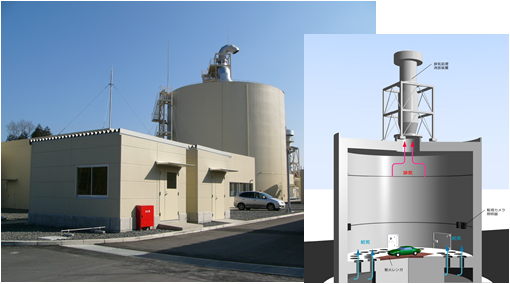